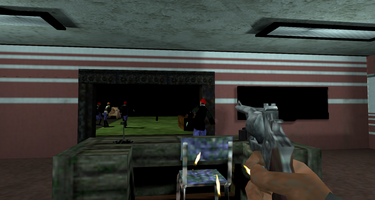 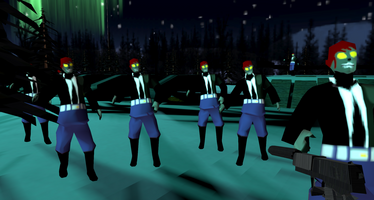 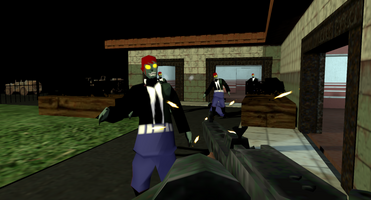 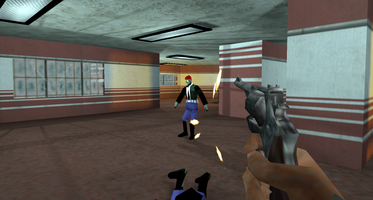 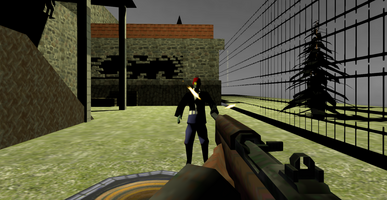 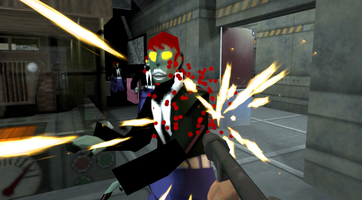 --RAVAGE has been released! Along with a new trailer

-The map “Castle” has been modified with a new outer area , a new skybox, the carpets have been extended and some carpets clipping through walls have been fixed.

-The map “Office” has been optimized and has new outer buildings along with a new skybox.

-All maps have been given dynamic lighting, except Neighborhood (which will soon be replaced).

-An animated fire has been added into camp redwater, along with a new cabin redesign, and new building sign for the trading post.

--The new “Classic” map pack has been released! Expect many more map packs in the future!

--The Carbine has been replaced with the M16.

--The Glock has been replaced with the automatic pistol K.KARD.

--The AWM has been given animations.

--The Remington has been replaced by the Olympia.

--The Spas 12 has been replaced by the Stakeout.

--The M1919 has been put in the EXTRAS category instead of the AUTOMATICS category.

--The MP5 has replaced the M1919 in the AUTOMATICS category.

--The price of the double barreled shotgun has been changed from 100 points to 200 points.

--The price of the deagle has been changed from 175 points to 75 points.

--The combat/bowie knife is now free.

--The zombie damage/bonebreak sound effect has been changed.

--The console-breaking bug has finally been fixed!

--When hit, a hit indicator will appear on the screen

--The buy menu has been somewhat changed, with a light indicating your mouse’s location in the menu and clicks following selections.

--When hit, a new sound effect will play

--Prices of some guns have been changed.

--The bowie knife will soon be replaced with the Karambit

--The map hangar is currently being remastered, you can try the current version by typing “map hangar” in the console, but it is a very early version.

--Some maps (including tundra and facility) have been lagging, if you want to fix this, just type “r_waterstyle 1”, this will be automatically set in the next update! Sorry for the inconvenience.

--Squashing the rest of the bugs in the console!