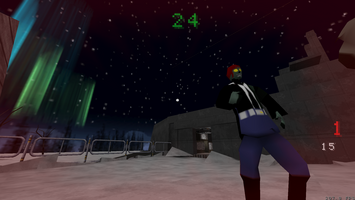 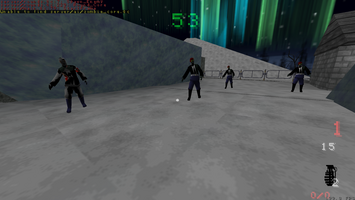 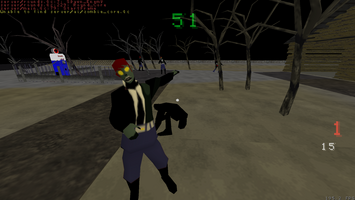 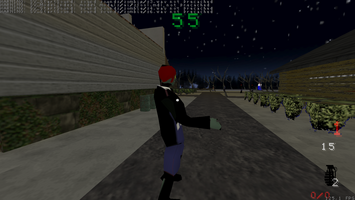 Ok guys, this is a MAJOR BIG BOY UPDATE. BIG BOYS ONLY.

First of all, I fixed all of the bugs from the previous update, including zombies not spawning, guns not working, and just an overall bad time.

I also added a new map called OUTPOST, it was the first map that I designed on paper, with the layout before the theme. Then I added the theme after play testing. I plan to keep doing this for the next two maps, which I wanted to give out my ideas for, i need to actually make a layout, but I don't want the setting to affect the layout like it did previously.

Outpost does feature dynamic lighting, but I decided to set the preset to be disabled because not all maps support it and it makes the maps unplayable without it.

I added some amazing menu music by YBmusic or Drakocopter (seriously, thanks dude).

I fixed a bug where the menu background got too bright, and changed up the main menu a little bit to make it look a bit more PC-Gamey, (the buttons were too big what am I five years old I have eyes)

I ported the game to a new version of FTE quakeworld! Which includes engine bugfixes, new settings, and other cool stuff that even I havent discovered yet.

I have a new SNAZZY and EPIC buy menu! I really like how it looks and it took 3 hours to make but I still love it, yeah, I do need to change which guns have which prices, and nerf or buff some guns based on their price, but either way it looks WAY better than the old one.

I fixed a bug where Jake didn't like ravage, this is so wholesome.

Also, I have removed classic mode due to a game breaking bug from the previous update where your gun just disappears, will it return, idk maybe.

New Reload sound by me, I reloaded some nerf guns of mine and it sounds really clean TBH

I am working on some character callouts, they are all recorded, i just need to put them through a voice changer to deepen the voice and add a walkie-talkie effect. Although, they will literally be useless until I either add bots, or multiplayer (presumably multiplayer will come first because idk how to do bots)

A map set on a broken bridge, your main obstacles are cars. How are zombies coming out of the ground on a bridge over the water? idk ask the developers.

A map set on a sinking ship, which is on its side, so basically you are running on the walls of a sideways ship. Super cool and epic.

Also, I am testing multiplayer right now! It does require the use of Hamachi but i might bundle that with the game or something, wish me luck because I haven't tested it yet because James and YIsh still havent finished their game of brawlhalla.